Posted on September 8, 2019 by Albert Schindler 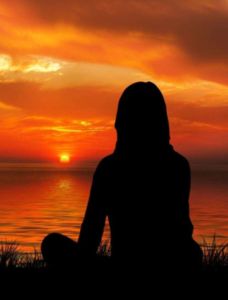 Einstein is quoted as once having said, “I want to know God’s thoughts. The rest are details.” With a great mind like Einstein had, did he ever get to know God’s thoughts? Personally, I think he did. Einstein’s problem then became communicating those thoughts to us, because, in this world, the human mind is programmed to put thoughts into linear, orderly little pigeonholes, so to reach out to understand God, one has to infinitely expand one’s own mind.

For example, Einstein also said, “The true sign of intelligence is not knowledge, but imagination.” That bit of inspiration, I’m sure, he got from God. The problem, now, for Einstein, becomes, how to explain God’s version of that thought to us creatures, who are in the habit of classifying and pigeonholing everything? And, unless you fully understand the meaning of Einstein’s sentence, you cannot grasp what God actually “said” to him.

So much for talking about Einstein’s problem of communicating God’s “words” to us. But, as a fellow child of God, valued by God no more nor less than Einstein himself, how can I, also, communicate directly with my Creator—my Father?

I believe that God is infinitely simple as He is infinitely complicated. I’ll leave the complicated aspects of God to the intellectuals, philosophers and mystics of our society. I’ll stick with the simple.

Searching on the simple side, then, what can be the simplest—and easiest way—in which to reach the mind of God? I believe that the ancient Mystics had the answer to that question that, somehow, we in the Western world have lost: mindful meditation!

But, before I talk more about mindful meditation, we need to know, what is Man—that is, what is the substance of Man? What is the universe? And, what is our definition of God? It all boils down to vibration, light and sound—the Biblical: Word! I’ll stay with sound for this discussion. Everything, including the Mind of God that we’re part of, vibrates! There are many experiments, based on serious scientific experiments conducted in modern labs, to simple, fun experiments kids can do in school to prove that everything that exists has a sound frequency, and every single particle in the universe vibrates at its own frequency.

To know this—to understand this, is to have found what mystics of all ages have spent their lives searching for: The Pearl of Great Price!

You can also prove this to yourself by sitting quietly and listening to the sound(s) that you—your body—makes. This is where mindful meditation comes in.

Your first task in practicing effective mindfulness is to sort through the several distinct sounds you ‘hear’ in your head. Remember, I said that everything, including the many parts of your body, vibrate at their own frequency, and many of these sounds you should be able to separate quite distinctly as you continue to sit quietly and listen! The beauty of it all is, your brain has been gifted with the unique ability to transform these body-vibrations into “sounds” you can be consciously aware of, and this is where your fun begins … and your god-power starts! But, brace yourself for a lot of patience and determination if you hope to succeed! Remember, the yogis and mystics of India and Tibet spend a lifetime at this practice before they could accomplish the feats accredited to them.

For the time being, and until you become more familiar with your various body-sounds, dismiss the “noisier” sounds and try to single out the one, somewhat quiet, almost indistinct “sssssssss” that you hear. That’s yourself that you’re listening to! Your self-consciousness looking back at you through your mind’s mirror. That is The Mind of God that you’re listening to!

As I reconfirm, the Mind of God is infinitely complex, but it can also be as simple as an almost inaudible (even to our subjective consciousness) hiss in your own, self-awareness mind.

Don’t expect huge, mind-blowing results right away. As I said, yogis and mystics have practiced for years before they were able to successfully “listen” to God. The main obstacle, as you will almost immediately discover, is the other sounds that interfere with your intention to concentrate only on this one sound. I might add here, it’s not the faint and seemingly quietness of the sound that’s the problem: it’s that you spent a lifetime ignoring the Mind of God while you focused all your attention outwardly, on your material world. Your mind—your self awareness—operates under the same laws as the rest of your body: use it or loose it. We, in the Western world have spent too much of our time in the past ignoring the spiritual side of themselves and focusing almost exclusively on making a career, building a handsome bank account and winning the admiration/envy of friends, so don’t be disappointed with only poor results for a while. Of course, in the end, your success will mostly depend on your own determination. Don’t give up at your first ‘failure.’ Adopt the mindset, “Do! There is no try!” Just the opposite of the common attitude, “well. I’ll try …”

Is there power in aligning with the Mind of God? Well, considering that this power is responsible for all of creation, I’d say, yes!

Will successfully tuning in and listening to God’s Mind help manifest your ambitions to be rich, famous and able to accomplish great feats that will make the world cringe in dread and awe and worship you? Well, my guess is … depends on your meaning of rich and famous! If it’s an egoic, selfish trip you’re on, I’d say, No! Those mundane goals you’ll have to accomplish on your own, using only world craft to achieve those results.

On the other hand, if you do decide to start listening to the Mind of God, usually, the first thing that you’ll become aware of is the negative side of civilization where too many of us are focused on material possessions and narcistic self-praise which has been the cause of much illness, suffering and violence in the world. In other words, when you focus on the Mind of God, you’ll become more of a compassionate person!

God has better plans for you. He wants you to be happy and feel fulfilled! If you continue to make a regular practice of listening to Him, He’ll transform you into a kind, caring person, a person whose very foundation is love. In time, it will even be His pleasure to invite you to partner with him in making this wonderful planet of ours into a genuine paradise as He had originally envisioned our world to be.

Who knows? He might even coax you into becoming another helper of His and become another world-famous person like Albert Einstein, Nelson Mandela, Oprah Winfrey, J. K. Rowling, Cleopatra, Anne Frank, the Wright Brothers, Aristotle, Deepak Chopra … gosh! The list goes on and on of people who listened successfully to the Mind of God!

“Whatever your heart clings to and confides in, that is really your God.” – Martin Luther

I was born on the 27th of February, 1931, on a farm near Hubbard, Saskatchewan. As far back as I can remember I had a spirit that would not stay earthbound. In junior high, I remember taking first place for a short story in which I described my terrifying encounter with a dinosaur. In outer space – that is, when the teacher wasn’t directly speaking to me, I went where Buck Rogers wouldn’t dare go. I was more of a Calvin in Calvin and Hobbes type of guy, with my own, personal, very powerful, transmogrifyer always at the ready. In my ‘teens and twenties, I pushed aside my Calvin alter ego in favour of making a living and didn’t take seriously again my ‘writer’s bug’ until my late 30s. I still saw that the world as full of exciting things to learn and investigate, which my writing reflected in the several articles and a couple of short fiction pieces that I wrote and sold, including over 30 children’s radio plays for Alberta’s ACCESS Radio. Unfortunately, I abandoned my budding writing career in favour of starting my own business as a sign painter. Now that I can officially call myself ‘retired,’ I plan to resume my writing career, only this time, writing mostly fiction. Why fiction? I have lead a great, adventurous life in which I made many mistakes (the ‘adventure’ in life), that have taught me some very important lessons and allowed my spirit to grow to unimaginable proportions, inconceivable to me while still in my thirties. In fiction, I believe, one can adventure into both the inner and outer consciousness of man and the universe to infinite levels where only the boldest dare peak. Convention holds that article writing has to be factual – oh, you can be creative in how you present your information, but ‘fact’ (whatever that means) still must have its parameters in article writing, whereas fiction is limited only by the size of a writer’s spirit, and so far, I haven’t been able to fathom my limit.
View all posts by Albert Schindler →
This entry was posted in Challenges, Choice, God, Happiness, Meditation, Prayer, Religion, Spiritualism, Thoughts and tagged Inspiration, Intelligence, points to ponder, Religion, spirituality. Bookmark the permalink.

This site uses Akismet to reduce spam. Learn how your comment data is processed.